Change is a universal condition of every human. Though endless in its manifestation, an individual’s experience of change can be described as falling into one of just four types of change management.

Exceptional change management – In ‘exceptional change’ an individual experiences an isolated event in their life, it causes a difference, it may be important, but it does not spill over into other parts of their life, so the impact is therefore relatively limited.

Incremental change management – A fairly common change experience for many people is what is called ‘incremental change’. Often unnoticed at first, there is a persistent, gradual introduction of factors and ‘newness’ that it may result in the complete replacement of a previous state with a new one, but the insidious nature of the change means that defences to protect the old way are never triggered.

Paradigm change management – The fourth and final type is the one most often discussed as being ‘proper’ change and is called a ‘paradigm change’. This occurs when information, tasks and behaviours are, re-integrated and lead to the emergence of a new gestalt – a new belief and value system. It is regarded as the ‘gold standard’ for individual change as because when value systems of an individual are modified, the change is fully internalised and future performance and attitudes can be predicted with some accuracy.

Organisations, on the other hand, experience different types of change management. At one level organisational change is the sum of all the changes experienced by all the individuals in the organisation. At another, there is an emergent property to the change. It is as though through aggregation the change mechanism has taken on additional characteristics.

Organisational change is a slippery concept. Its meaning tends to metamorphose leading to confusion as the different types of change are confused together. People – senior managers and others in a company – may expect strange things from change agents, change managers and change leaders when the boundary between one type of change into another is crossed.

Evolutionary change management – The commonest types of change management experienced by organisations by far is evolutionary change. Evolutionary change has been around since organisations of people formed. It is called evolutionary change, because it arises through the process of natural selection: it is inevitable when small variations in performance, tiny adjustments or shifts in response by people and groups occur in a changing environment. Some results from this type of change will be random and insignificant; some tend to accumulate as a continuous series of often minute impacts that alter what people do, how organisations respond, and with whom, in a gradual manner. As with biological evolution, most changes are too small to notice, though when reflected on later, the distance travelled may be remarkable.

Directed change management – The third types of change management is called ‘directed’ or ‘planned’ change. Directed change was uncommon in the early part of the 20th century, but it has become increasingly common in organisations over the past 80 years, and its incidence, despite its complexity and relative lack of success is rising steeply. It is called ‘directed’, ‘planned’, or ‘managed’ change because it is designed to achieve a specific purpose. Making this type of change happen involves moving the management and work force and the organisational culture into alignment with the strategies, structure, processes and systems to achieve the desired state (vision).

Within directed change there are three different types of change management: developmental, transitional, and transformational. It is important to recognise this as the different kinds of change require different strategies and plans to gain engagement, reduce resistance, and ease acceptance.

Developmental change management – In its simplest form, a directed change can take the form of developmental change. In this the business improves what it is currently doing: improving existing skills, processes, methods, performance standards or conditions are all developmental changes. Examples are; increasing sales or quality, interpersonal communication training, simple work process improvements, team development and problem-solving efforts. These are classic examples of continuous improvement, quality circle driven changes, and ‘enhancement’ projects.

Transformational change management – A third, and far more challenging type of change is called transformational change. In this, the future state though part of the vision of the future is not, and cannot be known in detail – much of the final state arises from evolutions – the outcome of trial-and-error as new information, new boundaries and new interactions are integrated. It is partly for this reason that programmes and programme management disciplines were developed. Unlike projects that require predetermined outputs and outcomes and a linear trajectory of activity defined within a bounded plan programmes are designed to deal with ambiguity and to unfold a tranche at a time. As with delivery so with adoption of the change – though a vision and a strategy are fundamental, the actual change process, the sequence and content and timing of changes will be determined less by planning and more by the rates at which the underlying beliefs and value systems change.

This is a much more unpredictable and scary place than traditional projects and change planning is accustomed to working in. Emotion as well as intellect will determine success as in transformational change there is no one-for-one mapping between the current and future state and a step change involving mindsets and behaviours, as well as influence and new relationships has to be made by executives, managers and front-line workers alike. The future under this type of change is invented than inhabited, with leaders and workers changing their worldviews to make the required future, let alone operate in it. Examples are: complex mergers and acquisitions, the transformation of traditional channels of business to virtual and electronically-mediated one, and radical rebranding.

Transitional change management – A second form of directed change- transitional change – leads to the replacement of what already exists with something different that is regarded as ‘new’ by the people involved. For the change to happen individuals have to emotionally let go of the old way of operating, leading to the need for the organisation having to dismantle the old while the new state is being put into place. In transitional change the final destination can be completely visualised and in great detail before the transition. This means that this type of change is an ideal candidate for being delivered through a project and traditional types of change management tools, as the people are largely impacted at the level of skills and actions, with the deeper-lying cultural values barely affected. Examples are re-organisations, simple acquisitions, creation of new products or services that replace old ones, and IT implementations that do not require significant shifts in culture or behaviour.

Most change in organisations is either developmental or transitional change, and, though important, without the shifts of mind and culture, the implementation of radically different structures, systems, processes or technology it rarely produces the anticipated return on investment. Many large IT implementations are styled as transitional, but they fail because to get the true value requires a mindset and culture change, it requires people to share information across boundaries, or alters the power bases between group: and this just does not occur.

Do you agree with the types of change management we have identified, and do your change initiatives fall into these types – or do you have another type you would like to identify? 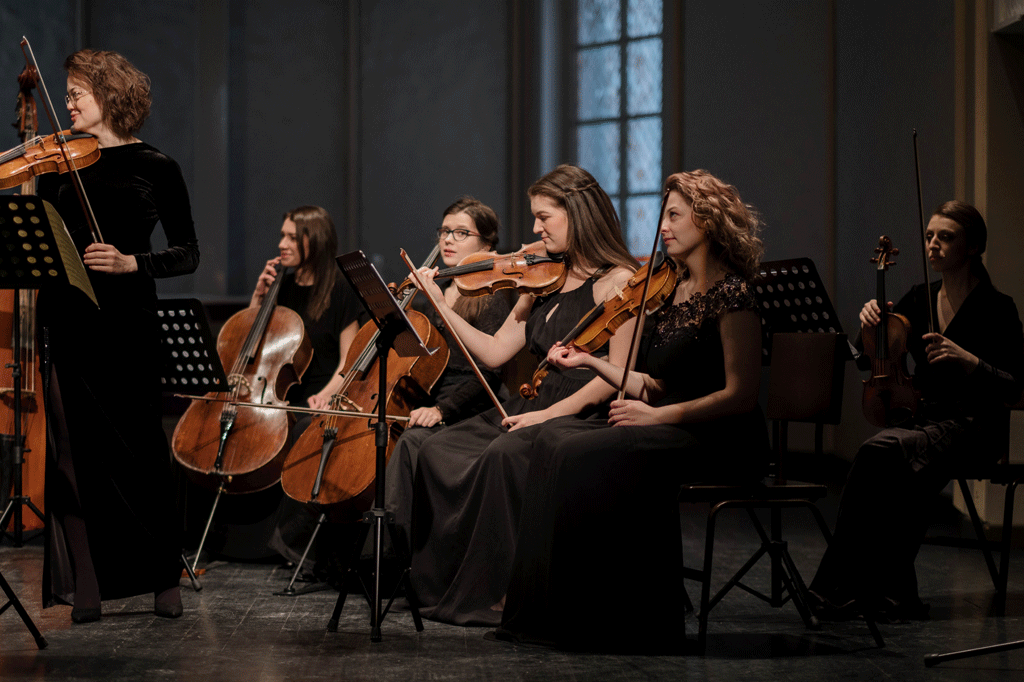 Change can mean many different things to different people, generally altering the current state or thinking to a reformed, new way of doing things. This can be anything from a slight tweak to something completely revolutionary. We have all experienced so much change over the last few years, some positive and some not so. 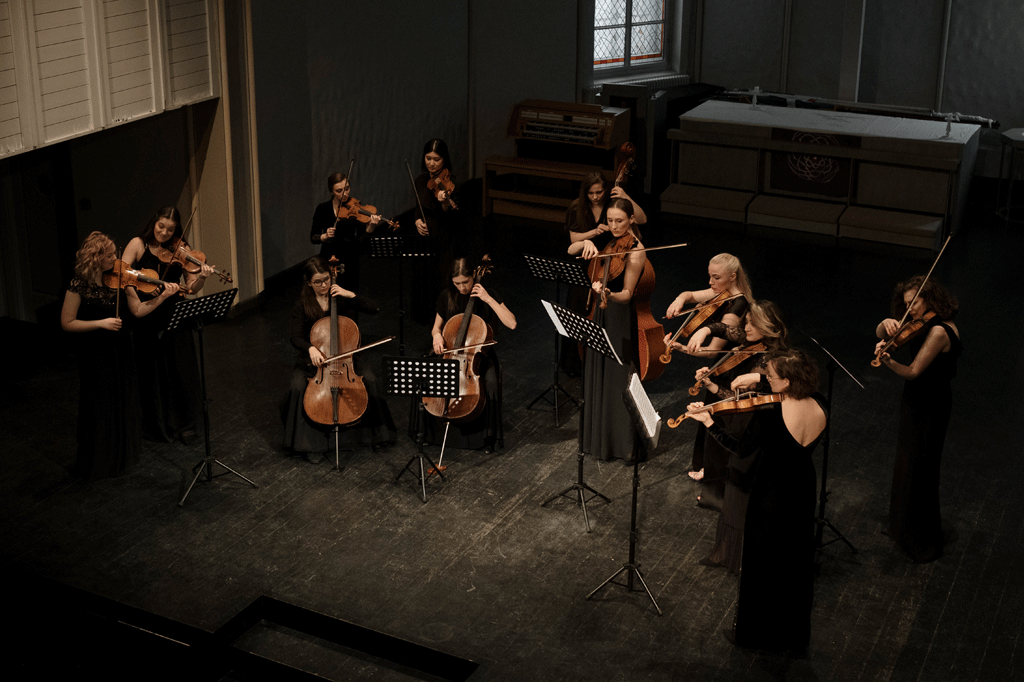 I watch and listen to an orchestra in amazement, I see the conductor leading them into a beautifully harmonised symphony…

Credibility is the key aspect of a compelling business case or indeed any business case.  Too often they are recognised as pure works of fiction with inflated…